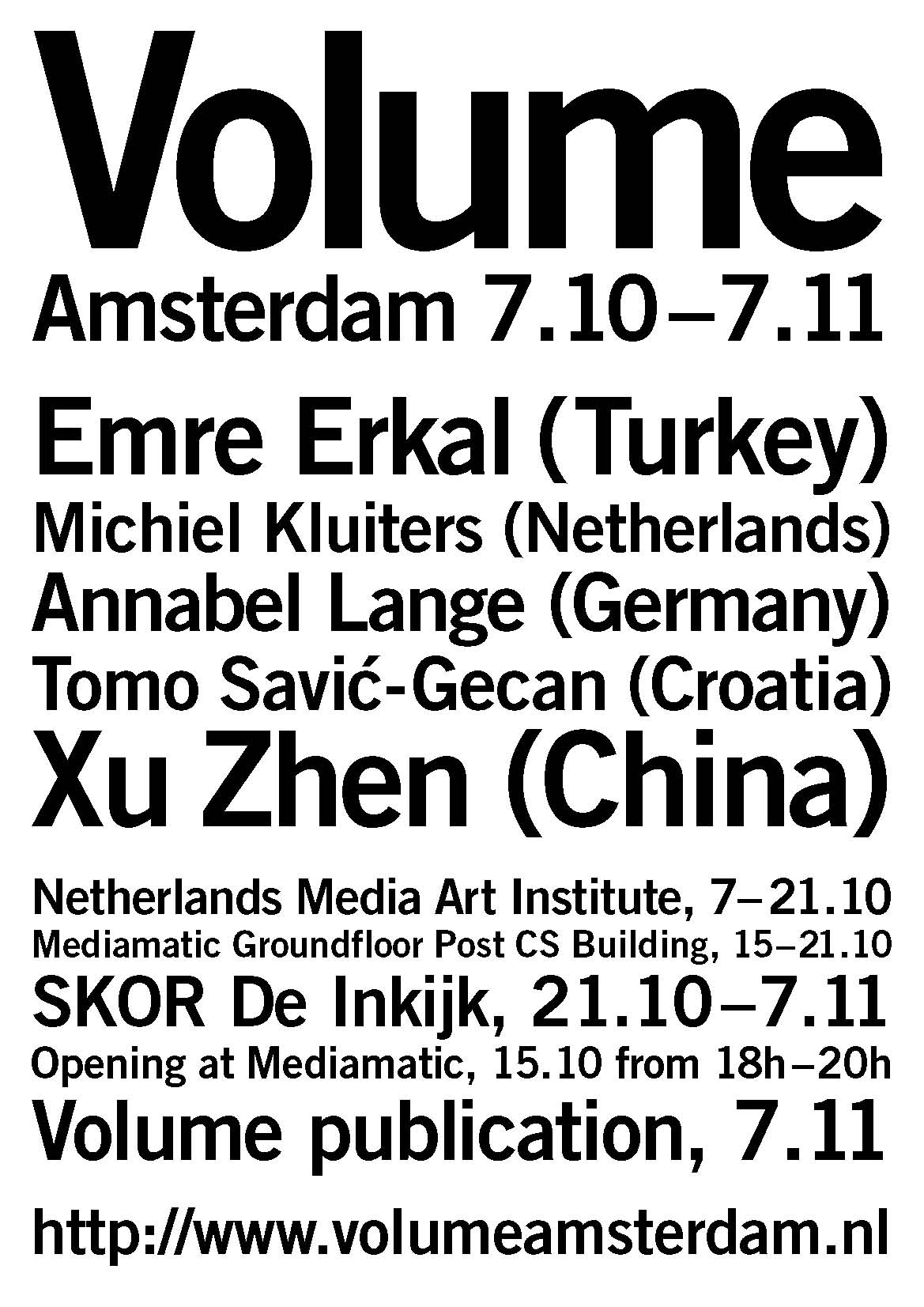 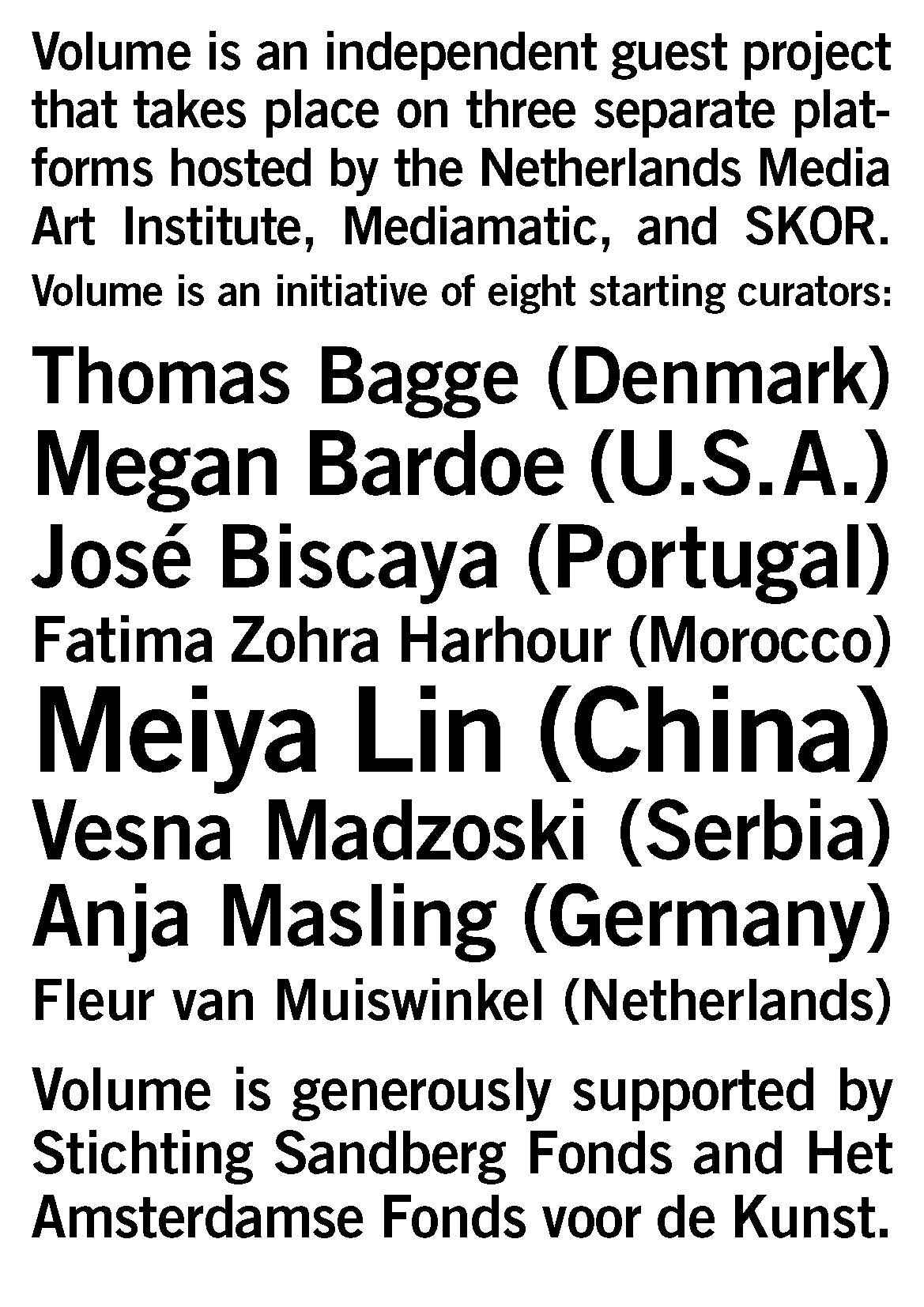 Volume invites five international artists to develop on-site works, taking the different spatial and temporal structures of the given spaces as a basis for their work. The artists present installations using light, acoustics and sound, as well as physical-architectural and conceptual expository layers that unfold through a temporal narrative merged with the exhibition platforms.

Volume takes as its point of departure the exhibition as a medium framed by time-space limitations. The project wishes to elaborate the question as to how existing institutions and institutional exhibition formats might be approached as more flexible and temporary platforms in order to optimally accommodate artists working in an on-site or concept-based manner, or artists employing deviating time frames as the basis of their work.

Volume - with its title referring simultaneously to space, sound, a printed edition or series, physical matter, and the measurement of cubic capacity - treats every segment of the project as autonomous parts of a whole. All manifestations of the project as such will ultimately be recorded, documented and united in the accompanying publication, appearing at the end of the exhibition period.