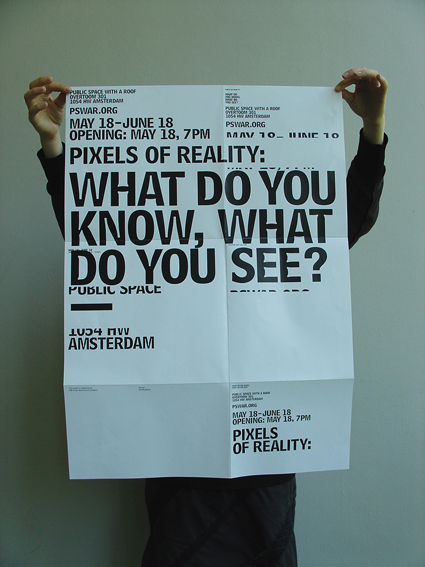 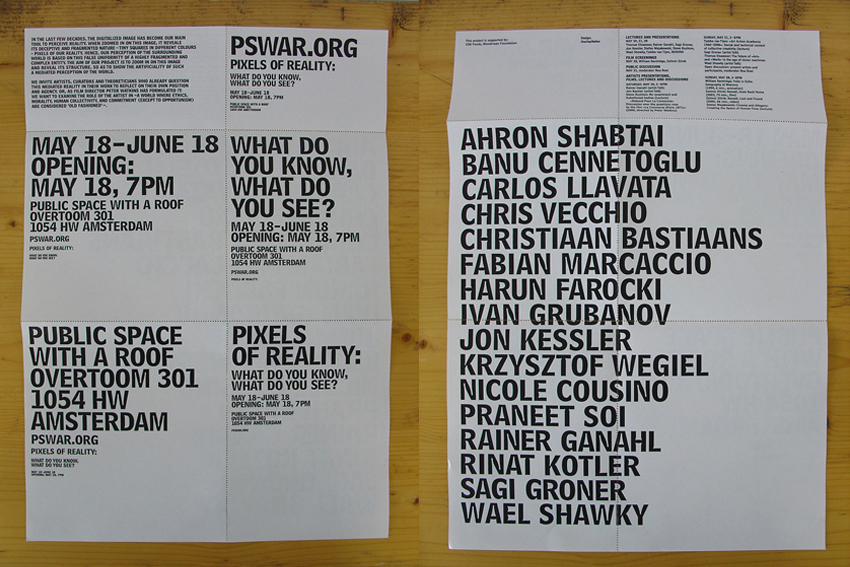 In the last few decades, the digitalized image has become our main tool to perceive reality. When zoomed in on this image, it reveals its deceptive and fragmented nature – tiny squares in different colors – pixels of our reality. Hence, our perception of the surrounding world and current processes is based on the false uniformity and unity of a highly fragmented and complex entity. The aim of our project is to zoom in on this image and reveal its structure, so as to show the diversity and artificiality of such a mediated perception of the world.

Pixels of Reality is a research project with which we opened-up the discussion about the position of artists’ interventions in stimulating future social and political change. We want to re-examine the concepts ‘politics’ and ‘art’ in the overly used term ‘political art’, as well as the role of media in turning the aesthetics of our senses into anaesthetics. Or, as film director Peter Watkins has formulated it: we want to examine the role of the artist in “a world where ethics, morality, human collectivity, and commitment (except to opportunism) are considered ‘old fashioned’”.

We bring together artists and professionals from different fields who, through their work, discuss the questions of both ethics and aesthetics. We are interested in artists who engage in social and political issues, but who also develop their own language and push the limits of the medium in which they work. Our main question is: what is the responsibility of the artist in his/her practice and how does this differ from the responsibility of other public actors?

We built an installation made of boxes (podiums) of different sizes whose size and position was based on the parameters of individual artworks we included in the installation, providing each of them its own space, but at the same time allowing them to start ‘silent dialogues’ with each other. This installation offered a position of intimacy between the visitors and the artworks, since it was possible to touch, read, walk around, and even walk over some works. From the position of the visitor, this form of the installation forced the observer to actively participate and navigate her/his way, creating an intimate and individual experience.