Passages Through (The Unfinished Monument) 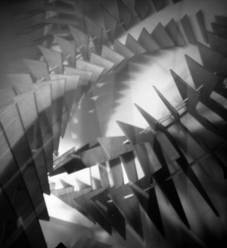 Passages Through (The Unfinished Monument) was PSWAR first project directly inspired by Frederich Kiesler’s ideas of endlessness and new ways to exhibit modern art. Commissioned by KIASMA Museum in Helsinki, Finland, the project was canceled two weeks before its realization. The sudden news came as a surprise, nullifying months of work and raising the questions regarding the disempowered position of the artists today. As a way to confront ourselves with the traumatic experience, the idea of creating a book was conceived. The essential part of the original project was an installation built for that particular space, made of three intersecting Möbius strips ‘circling’ around the gallery, and functioning as a platform for the works of other artists. We created a model of this structure and used a pinhole camera to photograph it, which resulted in a series of photographs giving the structure a form and ‘life’ we previously did not anticipate. On the images, the structure is still visible, but their blurry and foggy atmosphere shows a different universe, closer to the world of dreams and imagination. The discrepancy between the world of ideas and the possibilities of their execution in the ‘real’, material world functioned in itself as another Möbius strip that brought us back to our starting question. As it seems, there is no need for censorship today due to a fact that particular artworks will never be produced in the first place. 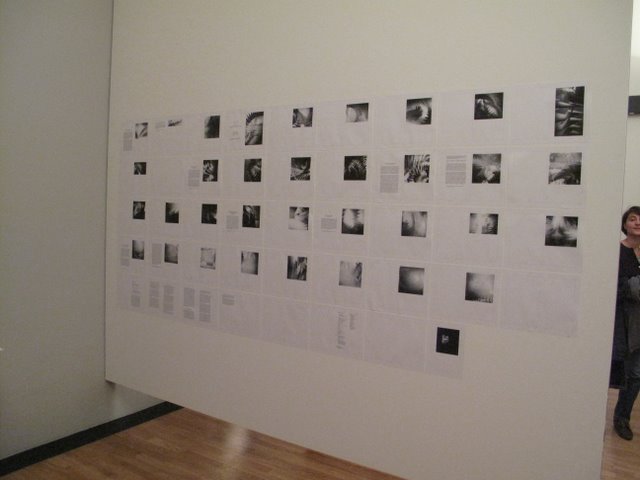 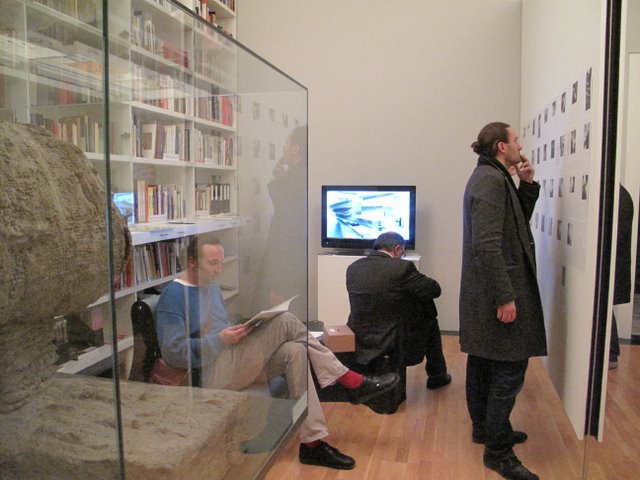 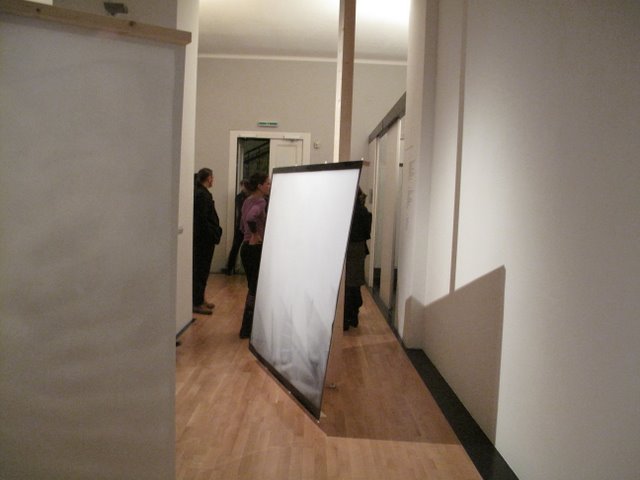 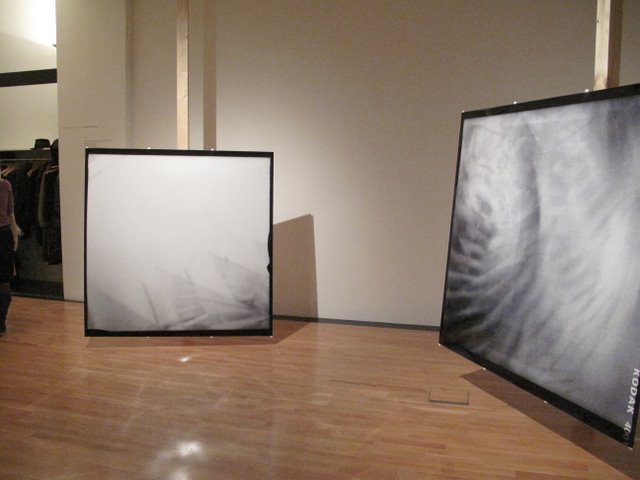 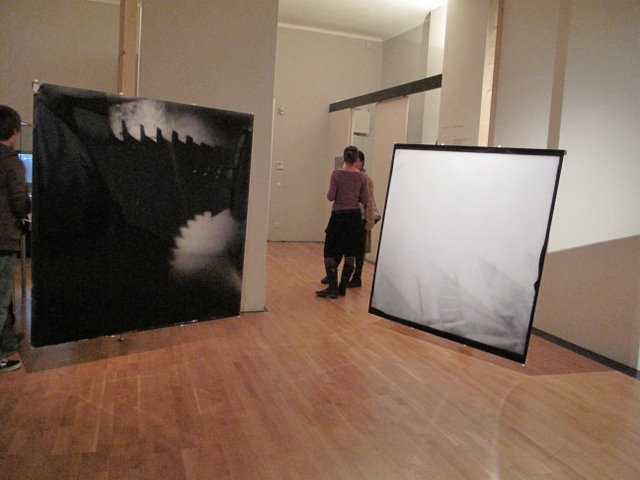 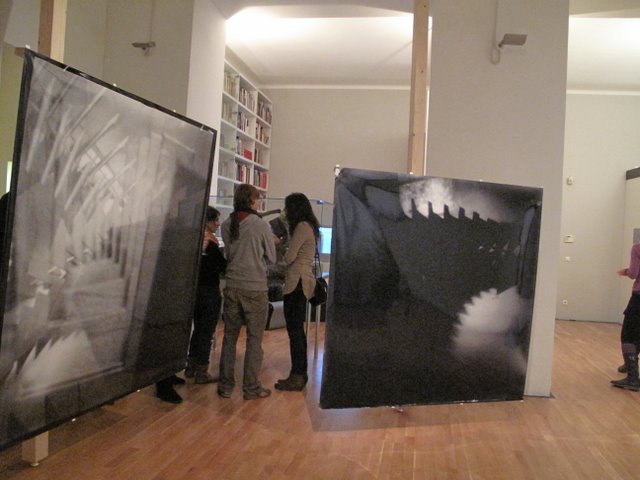 The exhibited photographs present a selection from the series of images created for a publication about the project that was never realized and the structure that was never built. Within the two-dimensional parameters of the publication, the resulting photographs have given the structure a new ‘life’ and a form we have not anticipated before. Nevertheless, through the act of exhibiting them back in the three-dimensional space, the photographs bring the structure much closer to its initial, imagined existence. It was to be realized in the form of a staircase built out of three Möbius strips, cut and inserted into the space so as to create the experience of a constant movement. The structure was also meant to accommodate various artworks, created in different mediums, forms and shapes, and placed where they are seen or heard best. It was meant to offer a chance for a walk, for a stroll through the walls of a museum building, meant to open new passages for its various levels and unexplored possibilities. By walking on the structure, the visitors would have had the opportunity to see and experience the room and the artworks from many different positions and perspectives. In the publication, the series of photographs show this movement of the structure and offer multiplicity of forms and identities it might have had in reality. The decision not to exhibit series of photographs but large-scale images of selected few is based on the idea to offer snapshots of the ‘moving’ structure, at the same time liberating them from their burdening origin. The wooden structure on which they are mounted is not only a reference to Frederick Kiesler, whose work has been a great inspiration to us; it also creates a new possibility to exhibit large-scale photographs without turning them into wallpapers, but instead destroying their totalizing effect, breaking their phantasmagoric potential and framing them with the surrounding reality. 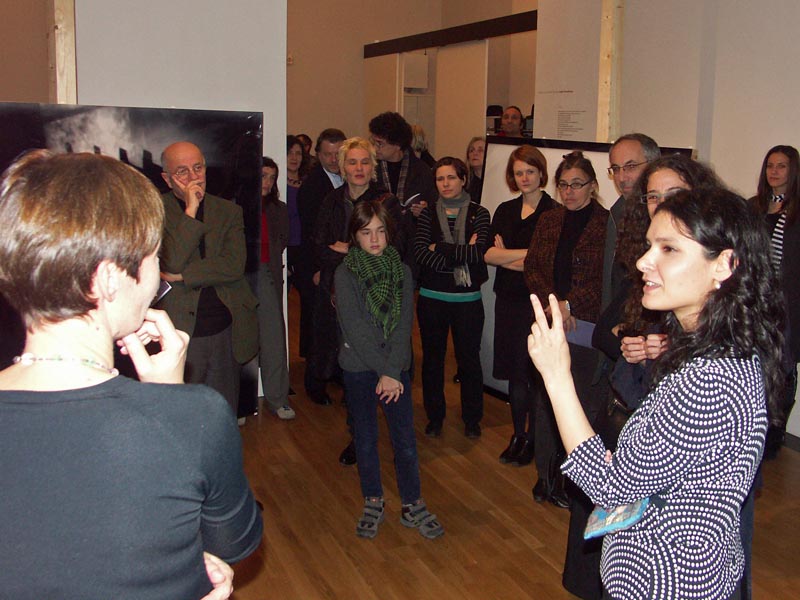 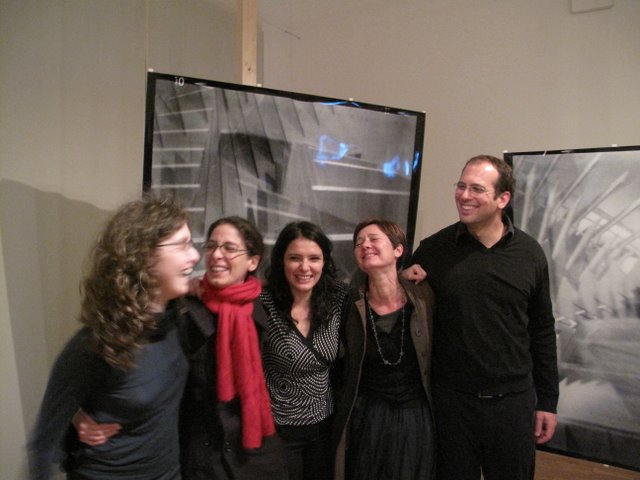 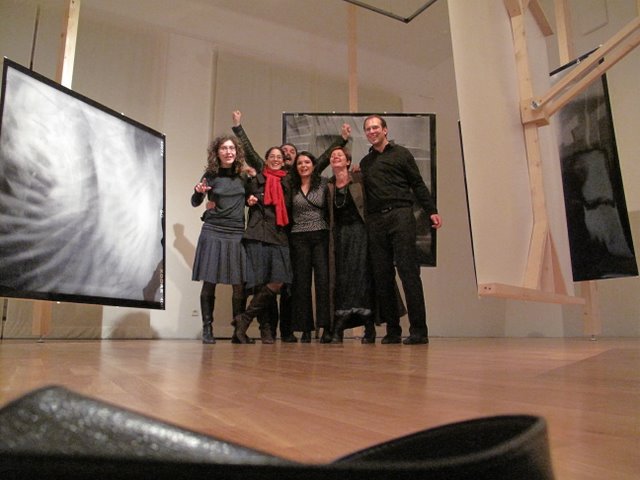